The inconsistent case of the messaging app

A colleague recently had to do some work with Kik Messenger. Ideally he was looking to identify which users had sent which pictures to one another. The device in question was an iPod Touch 4G. It turned out that it wasn't easy to find a lot of information on the inner workings of Kik Messenger, so, as is my weakness, I had to have a play.

What was crucial was that I'd never seen Kik messenger in action. To get some context I decided I'd install and have a play. I thought using my own iPod Touch would be sensible as this would be close to the target device. But no joy. My iPod touch is a 2G and so can't have iOS 4.3 which is a minimum requirement for Kik. So instead I had to try it on my trusty Samsung Galaxy S.

Via Google Play, I installed Kik Messenger version 6.3.1 which was available from 11-Apr-2013. The install was painless and I had to create an account. I created a username of ForensicGeekAdrd and a display name of Forensic Geek. I received an email from no-reply@kik.com with a subject of Welcome to Kik Messenger! Confirm your details inside... asking me to confirm my email address, but I haven't done that yet. (The only difference this seems to make is that in the settings of Kik it has a little message saying 'Email is Unconfirmed'.)

Without doing anything further with Kik I used Micro Systemation's XRY (v6.5.1) to take a physical dump of my phone. XRY clearly identified some Kik artefacts. It identified my account:

This was all as expected except the _75c appended to my Kik ID... they're can't already be 0x75B users called forensicgeekadrd can there?! The user Kik Team had also been added to my contacts. XRY also parsed a Kik chat message to me from Kik Team, a typical welcome message:

Another artefact was that a picture, the profile picture for Kik Team had been stored on my phone: 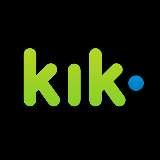 What I really wanted to know was how messages, including attachments, worked, so I needed to send and received some. But I didn't have another device with which to communicate.After some Googleing I discovered BlueStacks App Player. It's an application for Windows and Mac that provides a virtual Android device. You set it up just like an ordinary Android device, that is, with a Gmail account and then you can install apps! Awesome! It just worked. I set it up and installed Kik Messenger on it; this time with a username of ForensicGeekBstk.

I then had a lovely conversation with myself. Below is a screen capture from my Android device: 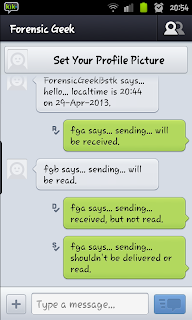 As you can see, there's noting complicated about this messaging app. The messages received are shown in the grey bubble on the left-hand side and the sent messages are shown in the green bubble on the right-hand side. You will notice that each of the sent messages have a 'message status'. According to Kik they represent Received, Delivered and Sent. What I was especially interested in was how the different statuses of these messages would be reflected in the back end. How would a forensic examiner know without actually opening the app?

Our usual tool for grabbing data from iPods, iPads and iPhones is Micro Systemation's XRY. The ideal is to grab a physical dump, but this currently isn't supported by the tool for this device. We tried a RAM disk logical dump, but this didn't play ball either. In the end, we managed a "normal" backup of the device. This simulates a backup that iTunes would take. For completeness we did try a physical dump using Cellebrite's UFED Physical Analyzer too, but this model of iPod isn't currently supported by this tool either.

We opened the XRY acquisition up in XRY Reader, but nothing Kik related had been automatically parsed. The search function in XRY is pretty nice, so a simple search for kik seemed a sensible place to start. It returned 356 matches.

The first thing to notice was the folder structure. The image below shows com.kik.chat which is located at /private/var/mobile/Applications/com.kik.chat. 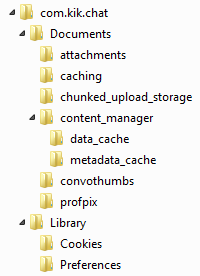 Some of these folders are fairly self-explanatory...

As you would expect, the thumb is simply a resized version of the original. Note that there is no file extension, but in all 31 instances in this folder, the images were jpgs. You may have spotted that 31 is an odd number. If there's an original and a thumbnail, why is there an odd number of pictures? Well, firstly, well spotted, and secondly, in this particular case there are only 11 originals, but 20 thumbnails. Every original has a corresponding thumbnail, but obviously therefore, not every thumbnail has a corresponding original.

/private/var/mobile/Applications/com.kik.chat/Documents/convothumbs
Again, as it's name implies, pictures in this folder seem to show thumbnails of pictures that have been attached to a conversation. A user can choose to send a picture to another user. They can do this by directly accessing the camera app or by selecting a pre-existing image from the device. When the picture is sent it is attached to the conversation. Even though a user can accompany the picture with some text, the text and the picture are actually sent as two separate messages - as we'll see later.

The thumbnails are named simply as a GUID, again, no file extension, for example:

/private/var/mobile/Applications/com.kik.chat/Documents/content_manager/data_cache
This folder seems to contain the original pictures attached to a conversation.

New comments are not allowed.

The uncharted case of the H2 database

A quick Google revealed that the poster was referring to the H2 Database Engine. Shame on me, but I'd never even heard of it. The homepage is actually very well documented and a lot of information is right at your fingertips, so this blog post is really an introductory how-to for taking a look at the database files.

In short, a h2.db file (as is their extension) is much like a SQLite database file, in as much as it's impressive support for an SQL database contained within a single file. It has been designed for use with Java, specifically, the JDBC API - which explains why the poster referred to it as a Java SQL file.

The examples of its use that led to the forum post were in FrostWire version 5. My clean install of FrostWire 5.5.4 contained three obvious .h2.db files: 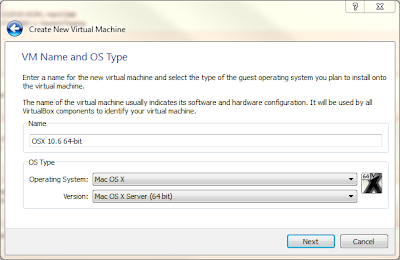 The unexpected case of the OSX VM

From time to time in digital forensics it can be very useful to see the operating system as the user would have seen it. In the case of computers, you could clone the hard-disk drive and boot the original machine from the clone, but more often than not a virtual machine (VM) is an easier solution.

Whilst working on a case which involved OSX 10.6 'Snow Leopard', it became apparent that a VM would be useful. Given that the hard-disk drive I was examining was 500GB and I was working on a PC, I wasn't really sure how I'd approach the problem. My colleague simply stated that I should give it a go with VirtualBox. He said it as if it was the most simple thing in the world!

It kinda was. And all achieved with free tools.
Creating the VM Borrowing heavily from MacBreaker's excellent article 'How to install a Snow Leopard Hackintosh in Virtualbox [Windows]', I fired up VirtualBox and created a new VM, selecting 'Mac OSX' as the Operating System and 'Mac…